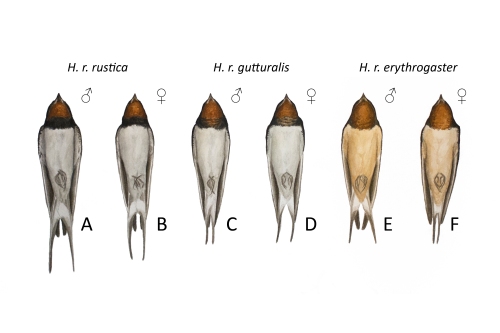 My friend Luke DeCicco and I published a paper in the Western Field Ornithologists journal Western Birds that details an observation I made during my last hours of the 2016 field season in Nome, Alaska. I happened upon four recently fledged Barn Swallows being provisioned by two adults, that were obviously white-bellied Eurasian birds. I couldn’t spend much time with them due to my departing flight, but I did my best to document everything in haste. The flight back to Anchorage was fun, as I sat there with my mind buzzing thinking of how to report this observation in the literature.

I asked my friend Luke be on the manuscript for a few reasons. First, Luke had identified a white-bellied bird in the same location (Nome DOT utility yard) a few days prior while we were loading our storage container. As such, I had my eyes open while traveling through the area when I spotted the birds being provisioned. Without his initial observation, I may have been effectively asleep at the wheel and may have missed the birds entirely. Birding was not the reason I was in the utility yard. Second, Luke has an impressive handle of the birdlife of Alaska, along with the connections necessary to expeditiously investigate the historical status of the species in the state, and to assess the potential that this record was indeed a first. In the end, he brought forward and engineered the aspect of the paper that is perhaps the most useful, an update on the status of Eurasian subspecies in AK, along with a summary of records of vagrant subspecies. The result is an article that will be very useful for folks in the future as they put their own observation into context. I feel really fortunate to have Luke’s contribution to this publication.

This publication represents a few firsts for me. Primarily it represents crossing a threshold in my career, as it is the first publication of mine where I have incorporated my passion for ornithological illustration. I painted a rendering of the differences between the subspecies discussed in text in the form of museum specimens. I’m very pleased with the figure, and I’m excited to continue to make illustration integral in my work.

The paper is worth a read for anyone interested in Alaska’s birdlife, and bird distributions in North America.

Click the image below and give it a read! 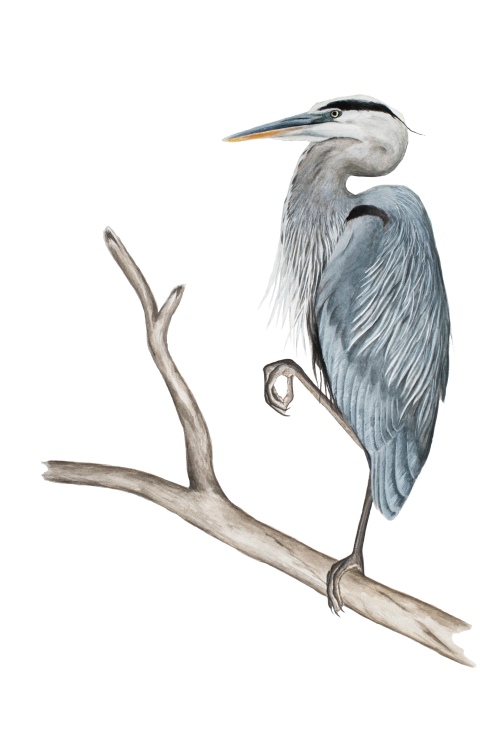 When I was a kid, I poured over the Great Blue Heron (Ardea herodias). I’d spend hours near my house in Ithaca, NY, stalking this bird to get a better look. I was studying the bird, its habits and its behaviors, though I didn’t quite realize what I was doing at the time. I’d also spend hours sketching the bird. It was the first bird I drew, and I drew tirelessly.

Since I was a kid I’ve done a few Great Blue Heron illustrations and started a few paintings, but due to my diversified passion for birdlife I haven’t finished a painting of this subject since I was a kid. Finally, I had the opportunity to do so.

I look at the painting and I see loads to improve upon, but it’s so satisfying to see my illustrations as a child against the painting above. As I do, I reflect on my journey thus far in life and look forward to many more paintings to come.

I recorded a singing House Wren (Troglodytes aedon) today while banding birds along the Boise River with the Intermountain Bird Observatory (note the bird is banded!).

Although spring migration hasn’t hit in its entirety at this site, the House Wrens seem to have arrived in full. There are at least three different individual males singing in the area, and I’ve noticed an additional four individuals in the area as well. The House Wren population at this site seems to be healthy.

Unfortunately the video I recorded does not capture the song of the House Wren. I wasn’t too far from the wren, but I believe the inability of the phone to capture the song is related to the masking of other noises in the environment (and the iPhone’s lack of a directional mic). First and foremost it was a windy day, which I believe is the main contributor to the masking. On top of the wind was the noise of the busy highway, the noise of the Boise River, and nearby construction (all large bandwidth, but mostly low frequency). With both natural and anthropogenic noise, I wonder how House Wren territory distributions differ between an area like this and a relatively noiseless area such as a remote forest location away from a river. 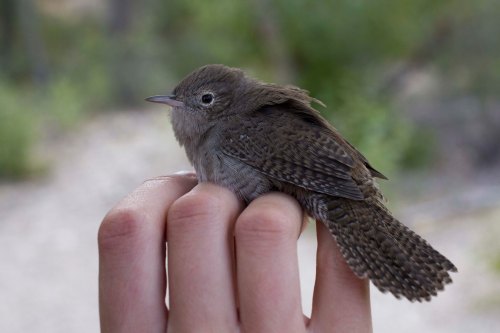 Despite the heightened noise, the wrens in this area seem to be thick and continuing with life as they would. A study may enlighten us on the human noise impacts coupled with natural noise (rivers, etc.) on bird territory distributions like in this case, but if I were to hedge a bet I’d say the House Wren is one species that seems to weather the added impacts of humanity enough to maintain a regular and healthy population within human disturbance areas. 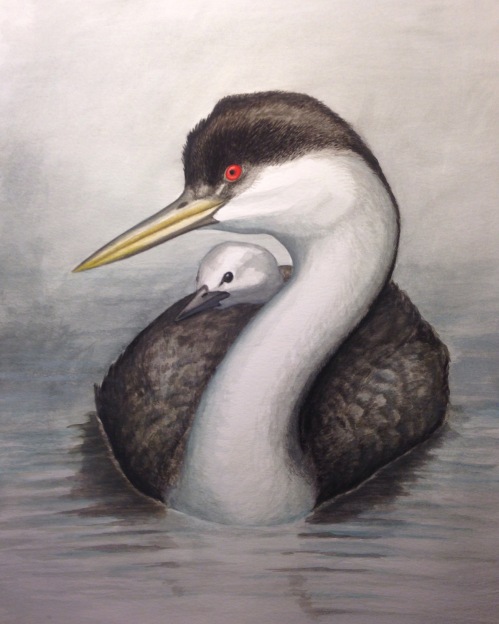 I really enjoy the strange behaviors found in the bird world. The Western Grebe (Aechmophorous occidentalis) is then naturally a favorite, due to a few behaviors that are on the surface quite strange.

The first is the rushing, or the synchronous courtship dance where a pair runs in contorted posture across the water. I’ve never painted, photographed, or filmed this behavior but I hope to this coming spring.

The second is the behavior pictured above. Young grebes ride on their parents back, situated between the wings. The parent dives for fish with young in tow, then surfaces with a catch and feeds it to the young.

The third is perhaps the strangest of the behaviors. Grebes eat their own feathers, and parents feed their feathers to their young. There are many hypotheses of what they may do this, but perhaps the most plausible is to line their stomachs. Grebes of course eat fish, yet their gizzards may not fully crush the bone. To protect the soft tissue of their proventriculus and perhaps parts of the intestines, grebes then eat a large amount of feathers that line their insides.