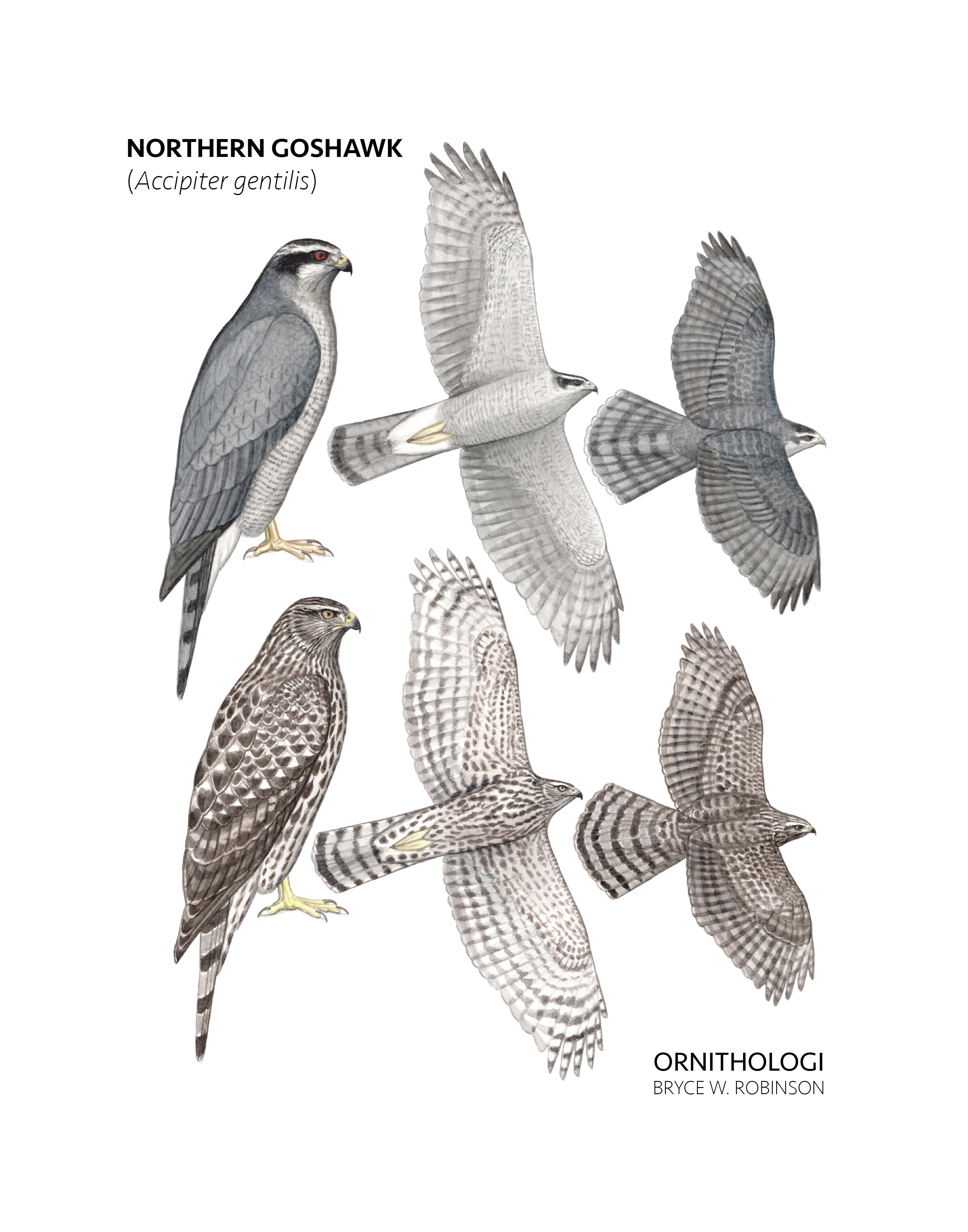 I’m working to illustrate the raptors of North America. To help me out along the way, you can purchase limited editions prints of plates, like this image of the Northern Goshawk (Accipiter gentilis), in the shop.

A special thanks to HawkWatch International and Golden Eagle Audubon Society for their support of my work. 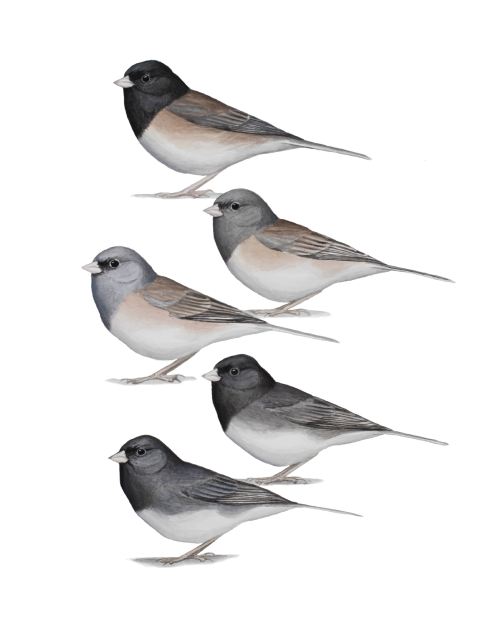 For the Junco lovers that like this image, you can purchase a print by clicking on the image above.

Above is an illustration I just completed of some select subspecies of one of my favorite birds, the Dark-eyed Junco (Junco hyemalis) – Male and female “Oregon” (J. h. oreganus), “Pink-sided” (J. h. mearnsi), “Cassiar” (J. h. cismontanus), and the nominate “Slate-colored” (J. h. hyemalis). I think the junco is a favorite because it is polytypic, with some excellent variation in phenotypes throughout its range. I particularly am drawn to the Cassiar Junco because it is both difficult to diagnose (separate from Slate-colored X Oregon intergrades, if they even are different!) and little understood. For more information on this taxon, check out these links:

Here is information on its current and past taxonomic status:

I also like the Dark-eyed Junco because from what we understand regarding it’s phylogenetics, it is a very recent radiation. Speciation well in process! See this article for an explanation:

Further, be sure to educate yourself with the Junco Projects great film – Ordinary Extraordinary Junco. I included a chapter of the film below that discusses the diversification of the species.

My illustration comprises the candidate subspecies that make up Junco flocks here in western Idaho. I chose to illustrate the male and female Oregon because they are by far the most common and provide the point with which to contrast and compare any outliers. The others are males, so as to provide simple examples of the other subspecies. Of course first-year and female types of these taxa can blend in appearance with the rest, which makes things much more challenging and fun.

Here I’ve included a rough and disorganized compilation of some information on what we currently understand about the Dark-eyed Junco and its sister species. There is a lot more out there, so if you love this as much as I do then be sure to explore more.

Here is a link and a few  references to investigate. 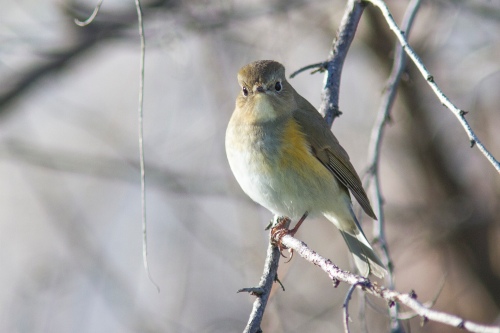 On 31 December 2016 I made the five hour trip from Boise to Lewiston to see Idaho’s first record of Red-flanked Bluetail (Tarsiger cyanurus). On arrival, the bird already had a crowd watching it forage along the Russian Olives that bordered the river.

It was a sunny and relatively warm morning, and the bird was actively foraging. It would appear on the tree edge and making foraging sallies to the ground. It looked like the bird was eating the Russian Olive fruits, but one of my photos show it with an arthropod in its bill as well.

My favorite aspects of this bird were its subtle hues in the plumage, particularly the blue throughout and the white throat patch. I also enjoyed its behaviors, such as the constant tail dabbing. The bird was extremely cooperative, providing all watching with excellent views. At times when it would come to the ground to forage, it would do so only feet from the birders. I’d say it was behaving about the best anyone could hope for concerning a high profile vagrant.

I spent some time attempting to capture video of the bird perched on a limb, tail dabbing. I mostly was unsuccessful, but did manage the following clip that is poor quality. It’s worth sharing just to show the birds behavior.

The Red-flanked Bluetail was a great end to 2016, which was a bummer of a year for so many reasons, but was incredible and profitable regarding birds. Hopefully 2017 will match or exceed. Happy New Year.

I’ve included two photos of in-flight juvenile Whimbrel that I took in the first week of August 2016. I’m sharing these images for the simple reason of illustrating how a young juvenile differs from an adult. The age of these birds is told by the overall fresh, clean plumage and relatively short bill. It’s that simple in August. In a few months the bills will grow to a length comparable to the adults and determining age will become more difficult. 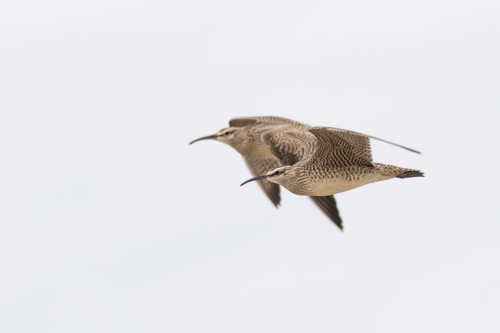