Views of Migration- An Update From the Goshutes 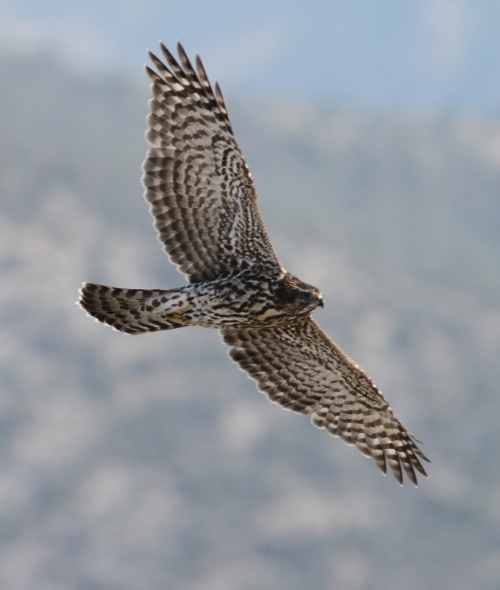 Progressively, the daily totals are rising. After a month of counting, the season total has already surpassed 3000. I’ve left the mountain for a day, so I would like to take the opportunity to make a brief report of the season to date. I haven’t the energy or the time to put much into the writing of this post, so I hope poor grammar and diction can be overlooked. Pay attention to the images, as I attempt to convey some of the images of the ridge top raptor migration at the Goshutes. 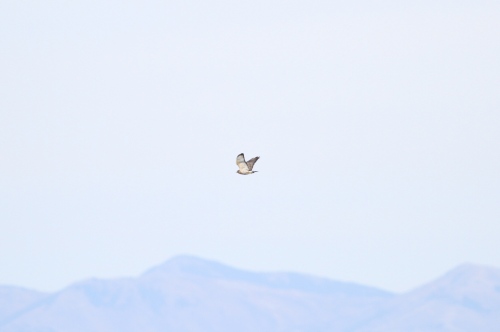 The highlight of the season thus far has been the Broad-winged Hawks. Six have flown through, and the above photo is the first of the season. This bird is actually a first for me. I had never seen a Broad-winged before. When I noticed the bird, and knew what it was, I could hardly contain my excitement. Hooting and hollering ensued, and I celebrated for minutes following. The western migration of Buteo platypterus was a thing of rumor in the past. It was thought that the bird did not migrate through the inter-west, and did not pass by the Goshutes migration sight. Jerry Liguori was the first to discover that the bird did indeed use the flight line, and many have been counted in the years since his revolutionary discovery. I hope to see many more to come, and am holding high hopes for a dark morph bird in close proximity to the observation point. 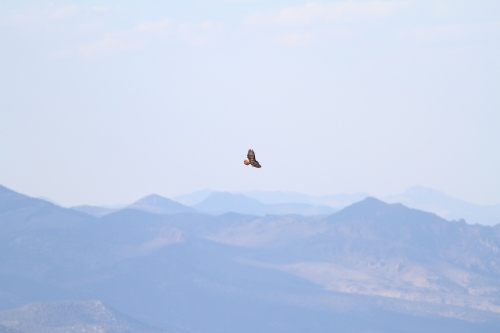 I’ve been able to get some amazing photographs from passing birds, many very close and detailed. I am saving the best for a future project, so for now I would like to present some photos that show what it is really like at the sight. Mainly, while watching the migration, the observer gets distant views at birds. Identifying the birds to species, sex, or age can be extremely difficult at times. Jerry Liguori has written two books to aid the observer in this task, illustrating a vast amount of tips and tricks to gleaning positive Identifications from distant specs. These books have become invaluable in my study. 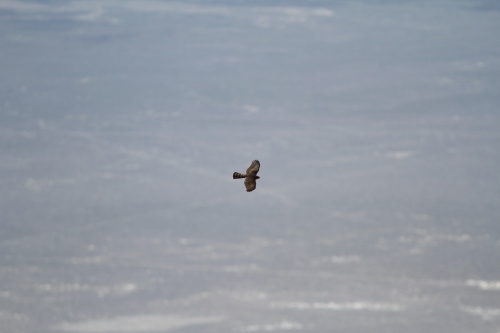 Even better, Jerry has joined me many times at the sight this season. It has been great to have one of the best raptor experts, and arguably the best migration counter, on the ridge to teach me and aid me in becoming a better and more effective counter. I am in intense study of raptor migration, and I am neither overwhelmed or exhausted by this fact. It has been remarkable. My only complaint is that the season will end too soon. 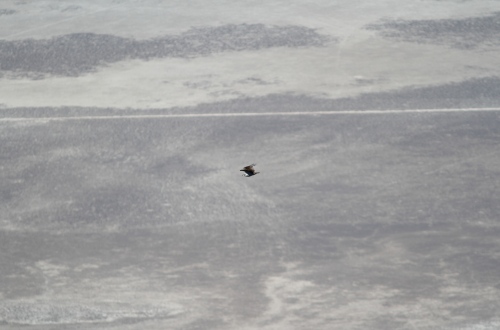 One of my favorite passers-by is Pandion haliaetus, the Osprey. We usually see a few a day, each bird a delight. I have heard of the bird carrying with it a fish, a next meal. I look forward to the day I witness this peculiar behavior myself. Hopefully it is soon, and I am able to get photos. 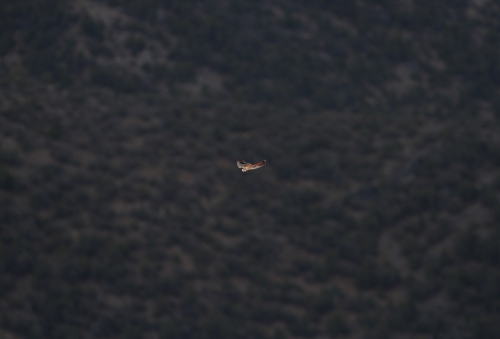 The evenings on the ridge are dramatic, to phrase it lightly. The long light casts shadows across the mountains, highlighting hills contrasted against dark canyons. Often birds will catch light streaming through deep canyons, lighting up agains the dark hillside. The beauty is indescribable, and so often leaves me with a feeling of peace as my soul settles and I fall upon thoughts of comfort. I am in the right place, doing the best thing, feeling no anxiety, and having zero complaints. I am fulfilled, and for the first time in a long time, I have found a home. 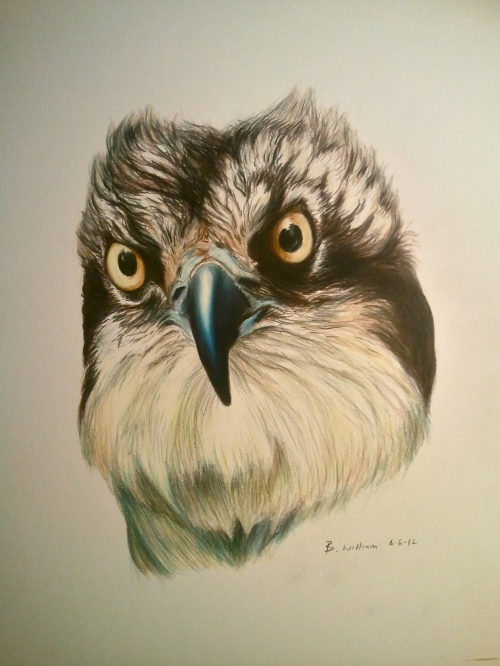 Throughout my life I have had limited exposure to the fish hunter Pandion haliaetus. I’d like to spend more time in search of this bird, and really get to know all of it’s behaviors and characteristics. It stands true to say that there certainly is not a bird in the sky quite like the Osprey. It is remarkably unique, a fact that induces fascination and intrigue. Every time I find the Osprey, I sit in awe as it hunts the waters for its finned food.

In the past six months I have had two experiences with the Osprey. Of the two, one sits as a special memory in my mind. I was birding along the Colorado River in eastern California. I had come to see the Cibola Refuge, after hearing rumors of its birding grandeur. I wouldn’t say it lived up to its hype, however I certainly wasn’t disappointed. On my way out of the refuge, I passed a small inlet of calm water, separated from the Colorado much like an ox-bow. Catching a hovering silhouette in the golden light of the setting sun, I stopped the car to the spectacle of a hunting Osprey.

The Osprey hovers above water, watching for fish as they surface to glean their own food. Seeing a chance, the Osprey dives to the water with wings flexed back, talons stretched forward, open and ready for the grab. The osprey I watched seemed hesitant at each opportunity. It would dive, catching itself half way down as it lost lock on its fish, and the opportunity for food. It appeared as something of a dance, as the rhythm of the hover was periodically interrupted with a reverberating roll as it dove and rolled back into a hover. With the long light of the setting sun casting long shadows, all anxieties melted away as I let myself become fully involved with the hunting raptor. This instance is one of too few in my life, when my spirit settles and I am truly at peace.