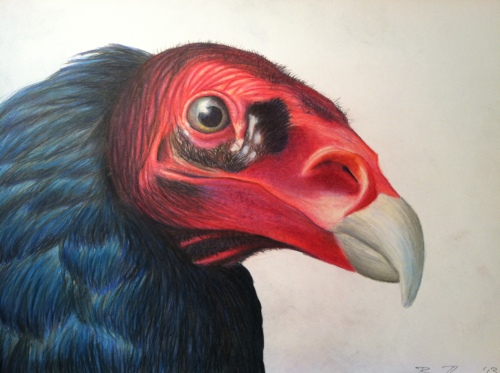 I gave my Turkey Vulture warts, for a reason. As I’ve stated in previous posts, I’ve began pursuing a degree in Raptor Biology at Boise State University, under the direction of David Anderson at the Peregrine Fund, and Marc Bechard, who has been with BSU since the 1980’s. Dr. Anderson is a great man himself, and I’m sure I’ll have plenty to tell about him later, but for this post, I’d like to mention some things about Dr. Bechard.

We in the west see what is called subspecies meridionalis, which is the subspecies I’ve illustrated above. Those in the east see septentrionalis. In Arizona, you find the nominate aura at its northern extent. These three sub groups comprise the Turkey Vultures found in North America. Of course in S. America, there are others. It is not often that you find a man who specializes on vultures. I find myself lucky to be working under such a man. At the moment, he is in Gambia, trapping Hooded Vultures with Keith Bildstein of Hawk Mountain Sanctuary. Lucky him, as he is off chasing exotic vultures while I teach his classes. I’m perfectly fine filling in while he’s gone, so long as he teaches me all that he knows! 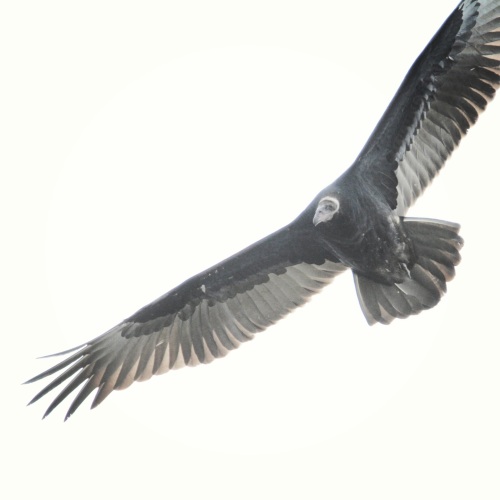 3 Comments to “A “Meridionalis” Turkey Vulture”