A New Stride in My Study of Raptors Through the Lens 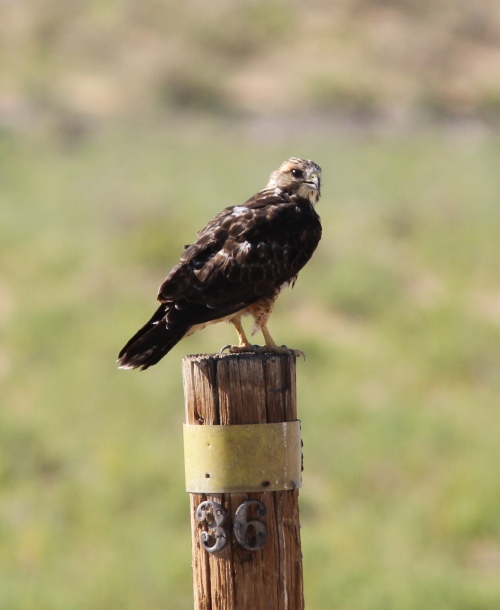 And finally it has happened. An update from the Beatnik Birder, and a new development making a lengthy stride in fulfilling his study. After too long, I have upgraded my camera equipment. My lapse in posting of late is attributed to many happenings in my life. I have been birding, or out working with owls, but I have not had the time, drive, or energy to share my experiences. I have felt the void this has caused, and I am confident that the lull has passed.

The new drive comes from my new camera, the Canon 7D. Coupled with the camera, I purchased a 300mm f/4.0 telephoto lens and a 1.4x teleconverter. I’ve taken the camera out a few times already, and am working to learn all that I can as quickly as possible. I figure the amount of time I invest will be directly related to my success. I must now go to work. The camera will not only create loads of fun and play, but will become and invaluable tool for the research I’d like to accomplish on the world of birds.

I knew as soon as the camera came that I had a subject I was extremely interested in capturing. A few weeks ago, Mitch Tall and I went west along I-80 to see what we might find. We came upon a large number of Swainson’s Hawks hunting the pastures to the north of the highway. I was very surprised at the number of birds present in such a small area. Among the light, dark, and juvenile Swainson’s was also a young Ferruginous Hawk. This bird was the first Ferruginous I had ever seen in the Salt Lake Valley. I was pleasantly surprised, to say the least.

Now armed with my new equipment, I thought it fruitful to return to the spot in hopes of finding the same number of birds as before. The night before I had found a group of eight Swainson’s on a thirty acre plot near my parents. A trend perhaps, and future investigation will add to my ideas about migrant grouping in hunting grounds for raptors. I was certain I would come away with some great shots if the birds were again hunting the fields along the interstate.

When Mitch and I made it to the area where the group had been, we were a bit disappointed to find only a few birds perched and in the air, scattered much farther than before. Two young Red-tailed Hawks circled above, but had risen on thermals a bit too high to get a spectacular photo. Still reviewing the shots I did come away with, I was tickled and impressed with my new gear. 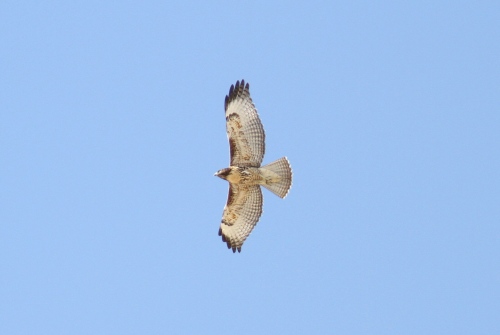 I was lucky enough to find a few members of my target species. Most of the birds were circling far from the road, far out of range of my camera. Finally we had luck, coming upon a perched Swainson’s Hawk only two hundred meters or so from the road. Far enough to feel comfortable with our intrusion, but close enough for some worthwhile photography.

After watching the bird for some time, and taking many many photos, we were fortunate enough to watch as the bird lit off pole #36. I missed the chance at photographing the bird as it left the post, but I did catch him gliding feet above the ground. 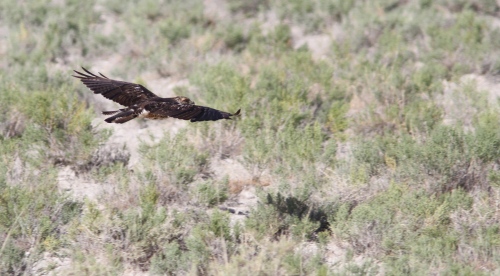 After seeing the bird fly, and land on a post farther down the road, I could tell that this bird was molting. From the photo of the bird pulling up just before landing on the post, you can see that P1-5 are fresh new feathers, and many of the outer retrices are actively growing in. Also, from the mottled look of the scapulars and upper wing coverts, it is apparent that the bird is undergoing a body molt as well. I reviewed some photos of the bird as it flew, and I a under the impression that this bird is molting into its first adult plumage. I love this stuff. I haven’t sent any of these to Jerry Liguori for conformation or review, but I’ll be sure to. After which, I will correct any mistakes I made, or even elaborate on what can be told from this bird.

My main fascination with Buteos is the diversity in their plumage. Using my camera for a recording tool, I’d like to add to the work of Jerry Liguori in documenting the vast varieties that present themselves in these winged predators. My images at the moment are not near the quality they could be. I want to correct that. I know they won’t reach the Ron Dudley quality, but I will do my best.

Here is to the future of my study. Finally my photography will progress. Let’s hope the birds cooperate. 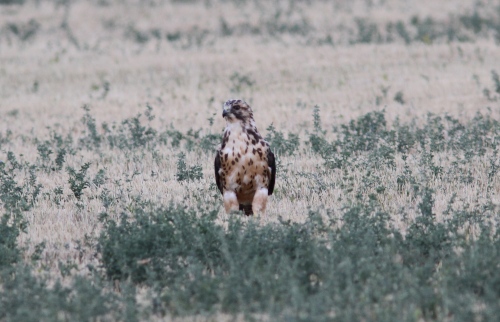